I had an amazingly happy childhood. I never felt poor, or unloved or lonely, but I do remember feeling that I missed my dad.  The sad thing now is that I don’t have many vivid memories of him being a part of my life, and actually  I only have a few memories that include him:

I wish there were more.

Basically, I was raised in an all female environment, but I did have several very important male figures: 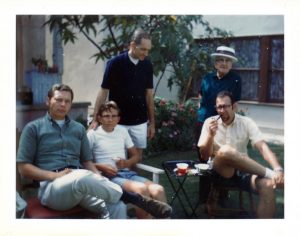